A few years ago a group of University student volunteers and I went around Lagos trying to ascertain exactly how bad this issue of children living on our streets were.

One day under one of our bridges we met for the first time a genuine girl street child. That means one actually born on the Streets and has nowhere she calls home. At first when we tried to speak to her and the others they hid, wouldn’t answer and pretend often times that they really didn’t understand what we were saying. 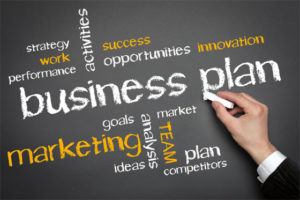 They weren’t getting rid of us that quickly so we gave food packs and hung around wadding off area boys with threats of the burly bodies we took with us. Finally I started talking to them about how it was so cruel someone had allowed this situation be by not caring, it wasn’t fair! THERE!! That was what they wanted to hear. As children even they think ‘it’s not fair. That was the key and they started to open up. Some were actually helping a mean looking woman fan her firewood as she fried her bean cakes, some hawking a tray where everything on it was like N50. Of course we bought all the food on the tray and got their attention. Overtime after going a few times we actually started hearing how they ended up on the street and could not or would not go back home.

There was always one however who from the first ‘it’s not fair’ had started to open up more than the others. For this article I would call her Ezenwa. Months later she revealed the abuse they suffer from Danfo bus drivers and those in authority around them sexually. She said it bothered her more because she knew if she was a professional prostitute like some ladies of the night they see, they would know they had to pay for it but because they have no shelter but the bridge they were open for freebies.

She said she found out from the mean looking woman that they sought her out the most because even though she was more developed than the other girls she had not started her periods hence she could not get pregnant. (Obviously discretion is also not one of the things living on the streets offers.) She said she stopped standing begging on the roadside anymore or when given things to hawk she would not go on rounds. She instead found a hidden spot under the bridge where they would otherwise go at night. There she would set the tray and wait. Surely they would come looking for her, then when they came she would bargain that if the predators would return at night she would do other things as long as they would pay! I asked what those things were that they couldn’t take free anyway and I actually blushed when the other younger ladies with me gave me the look which said it all…..DUH!!! She was only 13 years old. My then 13 year old was tucked in some boarding school far away from this and went to bed that night I couldn’t get this girl out of my head.

Years later once I decided I had to do something I decided to go for Entrepreneurial training as I wanted to set up properly so off I trot to Business School. I didn’t have Ezenwa in mind until we covered Marketing. I was now taught about the basics of Business. Knowing my Strengths, Weaknesses, Opportunities and Threats. That little girl didn’t need school to have her Business plan. She had studied her market, she figured out her S W O T- her 1,Strengths- She was well developed, 2,Weaknesses- she didn’t have a choice as she was open prey,, 3, her Opportunity to get them in private to bargain and in and 4, the Threats, the other girls knowing her plan. Thanks to mean looking woman she knew her USP- her Unique Selling Point and voila! She had the brilliant idea to survive on the Streets.   These are frequently used terms these days and often I feel just used to show off but to see them put to use by a child in such a dastardly act to survive breaks one’s heart. It makes me resolved that advocacy for helpless children will be my journey till the end.

What was amazing if anything as I remembered this conversation that day in class was that I remembered the meaning of her name. Ezenwa in Ibo means ‘King of Children’ It reminds me of being cautioned what we name our children. I wonder if back then if her mother now gone named her or those around did. I wonder if they realized it would just suit her one-day.

It is very important to note to anyone reading this that I am not for one moment glorifying these actions I am simply telling us to give a moment’s thought to the irony of this situation and now you know, please get involved in any way.

A STREET IS NOT A HOME

Yemisi Wada is the founder of the Haven for the Nig Child Foundation.